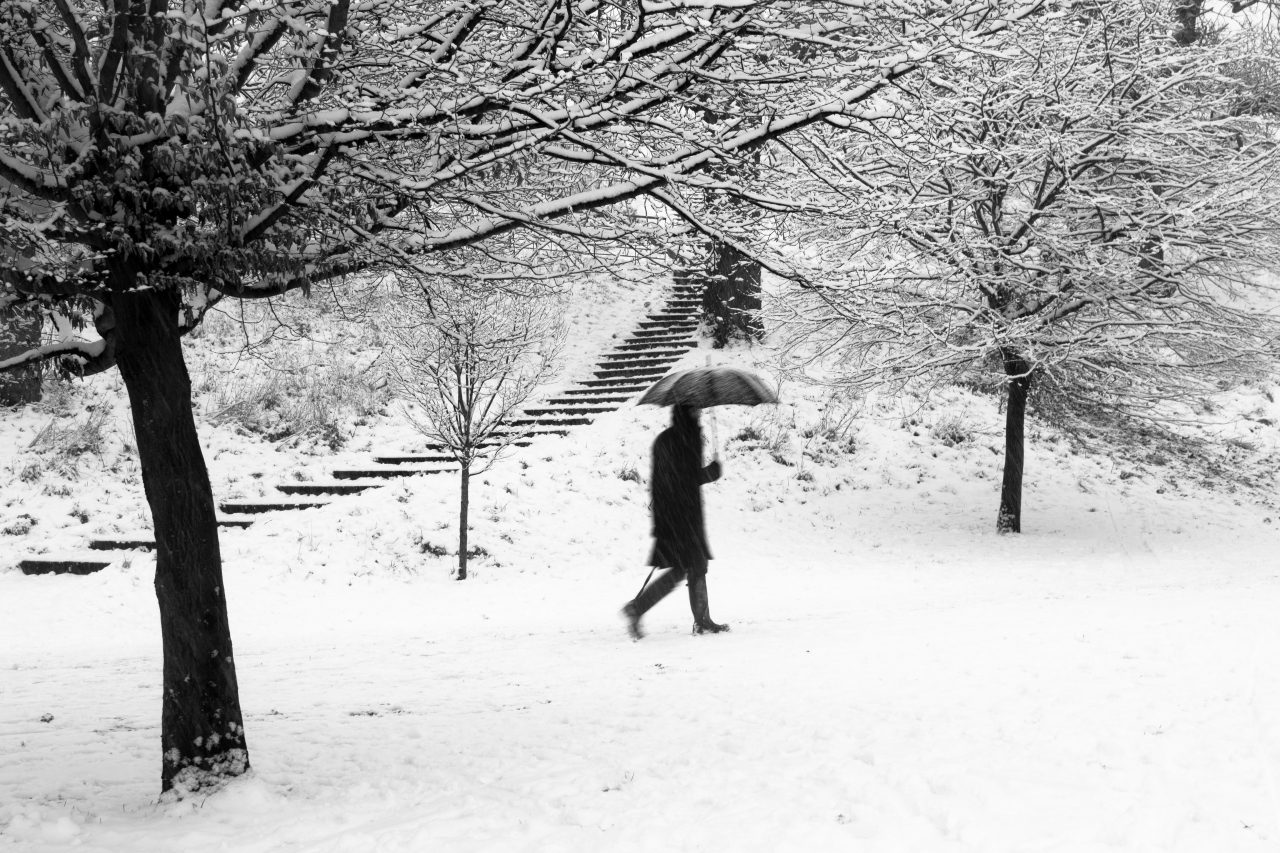 Find the stage and the actors will come

Jay Maisel said “Find the stage and the actors will come” and this is exactly what happened on a windy snowy afternoon in Greenwich Park. I was excited to be taking my first pictures in the snow with the my Nikon D3100. After looking at some instructional YouTube videos on how to expose for snow scenes I headed out to the Park. Greenwich Park, in my opinion, is one of the most beautiful parks in London and it gets even better in the snow. The people came out in their droves and everyone was out there having fun whatever it is that they were doing.

During the course of the afternoon, I took some nice shots but my favourite was this one. I arrived at the scene and was immediately struck by the stairs which were heading out into the distance. So I had the stage and all I needed now were the actors. And it wasn’t long before this guy arrived. I snapped away and this was the one I selected.

2 thoughts on “A walk in the park”