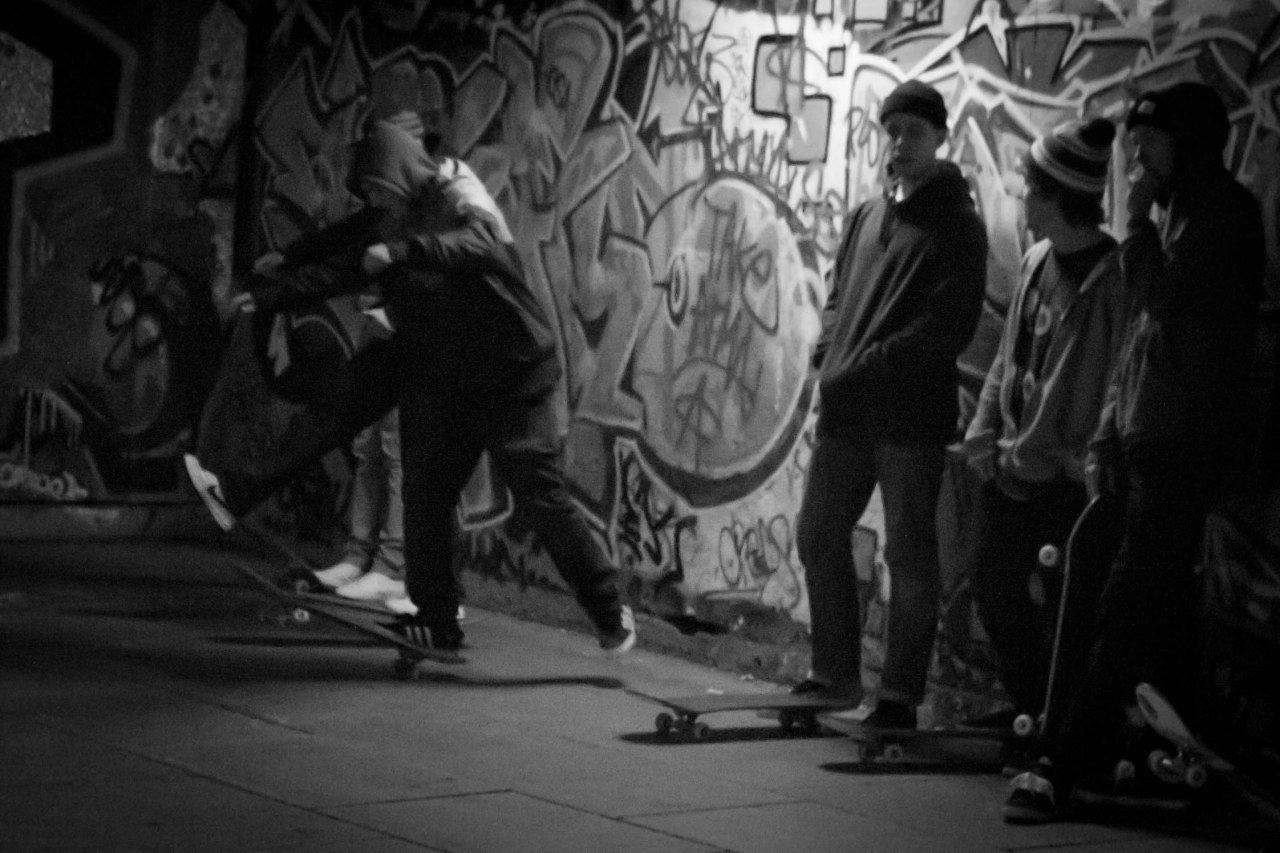 Street photography can be very much a hit and miss game and at times very fustrating. On the flip side, there are times where you feel like you have nothing and when you get home and look at your photo’s on the big screen you suddenly find a gem. This was one of those nights.

There are now occasions where, instead of getting a train directly to where I am going, I get off a stop early to walk with my camera in hand hoping to snap some pictures on the way. On one of these nights I decided to walk from London Bridge to Waterloo. I had a picture that I had visualised in my mind that I wanted to take which would require some luck.

Unfortunately my plan failed to come to fruition as the required action did not materialise. As a last resort, I ventured to the skating/graffiti area on the South Bank near Waterloo where I saw these teenagers standing all in line against the wall waiting to skate. I snapped the picture just as one or two were about to push off. I thought nothing more of it as, although it was a nice picture, there was nothing unique or interesting about it. Nothing unique that is until I got home and checked it on the big screen to see the above. My final shot of the day had made it all worthwile.